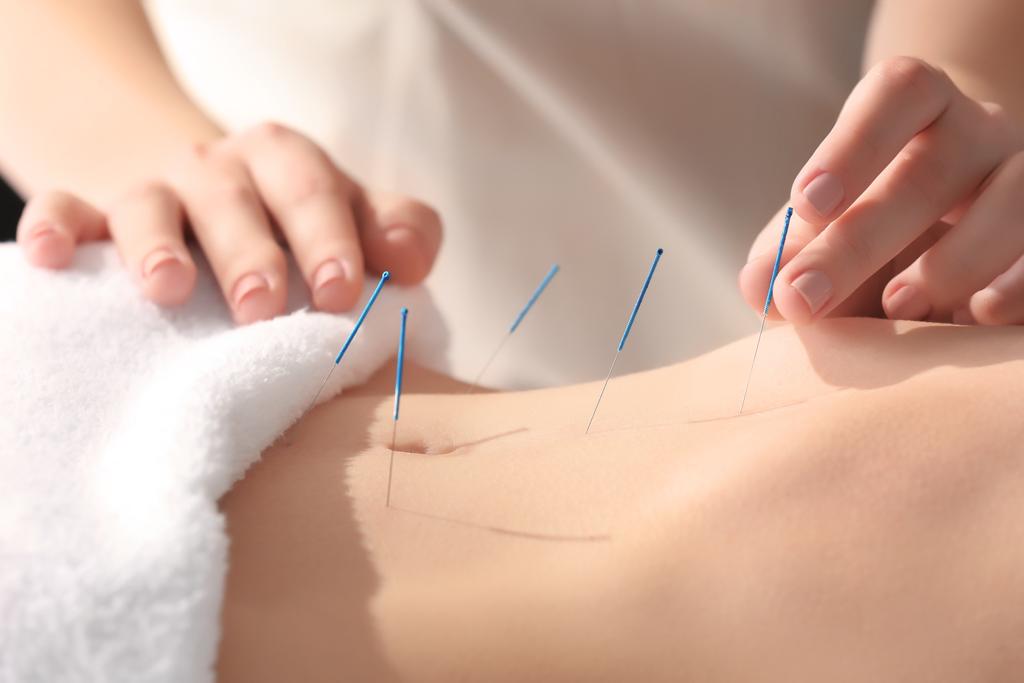 A form of alternative medicine and a key component of traditional Chinese medicine (TCM) in which thin needles are inserted into the body at specific points, various depths and meridian channels.

Each acupuncture needle produces a tiny injury at the insertion site, and although it’s slight enough to cause little to no discomfort, it’s enough of a signal to let the body know it needs to respond. This response involves stimulation of the immune system, promoting circulation to the area, wound healing, and pain modulation.

The Chinese philosophy behind acupuncture is a bit more complicated, as the ancient practice isn’t traditionally based in science and medicine. They believed that the human body was filled with and animated by an invisible life-giving force which they called ‘qi’ (pronounced ‘chee’) and when the qi was flowing well and going to all the right places, then a person would experience good mental and physical health. When the qi was flowing incorrectly (blocked or deficient) that would result in illness.

The concept of Qi isn’t too out there — think of it as your body’s natural inner workings. Sometimes you are more prone to illness when feeling stressed or anxious. When you’re relaxed and healthy, your body physically reflects that too. After all, your mood, mental health, and general well-being do affect your physical health. Thus, acupuncture aims to assist people in achieving balance, or qi, and, as a result, provide relief for many ailments.

Some studies even suggest that acupuncture can help with cancer treatment and multiple sclerosis however research for these conditions is limited and requires larger studies to confirm the benefits.

In addition to this we offer rejuvenating Facial Acupuncture.

Facial acupuncture is a holistic and safer alternative to surgery or Botox.
This cosmetic treatment is an extension of traditional acupuncture. It’s said to naturally help make the skin look younger, smoother, and all-around healthier. And unlike injection procedures, facial acupuncture addresses not only signs of aging, but also the skin’s overall health. This is a treatment that helps to continually promote collagen long after the procedure ends.

“It works internally to optimize your health while simultaneously enhancing the appearance of your skin.

On the face, the acupuncturist will insert 40 to 70 tiny and painless needles. As the needles puncture the skin, they create wounds within its threshold, which are called positive microtraumas. When your body senses these wounds, it goes into repair mode. This is the same idea microneedling uses to get bright, anti-aging results — except acupuncture is a bit less intense, averaging about 50 punctures.

Microneedling applies hundreds of pricks through a rolling device.

These punctures stimulate your lymphatic and circulatory system, which work together to deliver nutrients and oxygen to your skin cells, nourishing skin from the inside out. This helps even out your complexion and promote your skin’s glow. The positive microtraumas also stimulates the production of collagen. This helps improve elasticity, minimizing fine lines and wrinkles.

Facial acupuncture isn’t just a safer option, but also more affordable than surgery, Botox and fillers. It’s also not a bandaid solution, its a holistic procedure that not only reduces the look of aging and prevents it, but works to rebuild the skins youthful quality with lasting results and very little maintenance.

During this first visit we will dive into your Health History for the first 30 min + a 30 min acupuncture treatment.

This detailed assessment will provide us important clues about your current condition and how it may have manifested.

From there, an individualized treatment plan will be created based on your needs.

60min
Follow-Up treatments will provide you with continued care based on your initial assessment. Only Acupuncture.

Combination of tuina massage/cupping and acupuncture can assist with those suffering from pain. Releasing restrictions and improving circulation.

Contact Us
Need some wellness guidance?
Let us help guide you to the right solution
Contact Us